Study of Claire I

Study for Tulips and Fruit 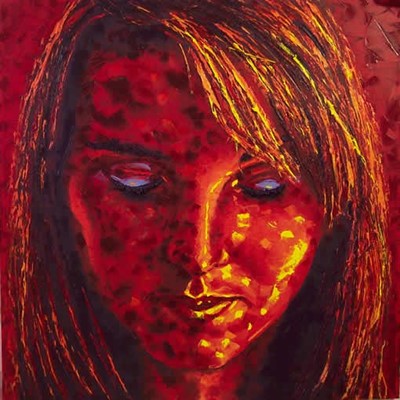 Graeme Sharp graduated from Glasgow School of Art in l995 with a highly successful degree show, selling over 30 drawings and paintings. Since then he has worked as an artist in his Glasgow studio exhibiting regularly in Edinburgh, Glasgow and London. He has attracted a great deal of media attention, including being described by one of Scotland's leading art dealers and gallery owner John McDermott as being one of 'Scotland's up and coming artist' on STV News programme after selling more than a dozen paintings at Glasgow's celebrated Art Fair. Graeme has also been featured on ITV's Home Show, 7Days, NB, and won the best up and coming young artist award at the Paisley Art Institute's annual exhibition. His paintings are currently in demand. Some of his work has been purchased by Scottish celebrities and are in private collections at home and abroad, selling 65 paintings in 2004 - 2005, and then went self-employed as an artist. Graeme often uses a range of friends as models. He uses abstract marks of colour with palette knifes to represent being filled with fire and light in his portraits. He interprets portraits in a contemporary way, exaggerating colour and texture releasing his love for painting. His portraits capture his experience of being filled with fire and light.

Graeme Sharp works and paints in his Glasgow Studio since 1995 to the present.