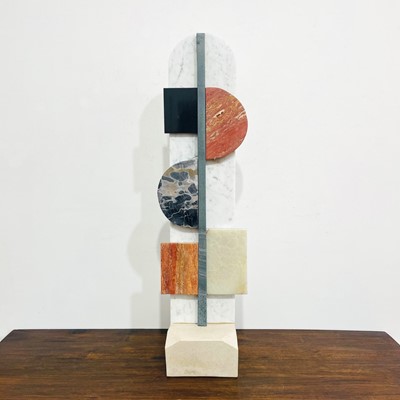 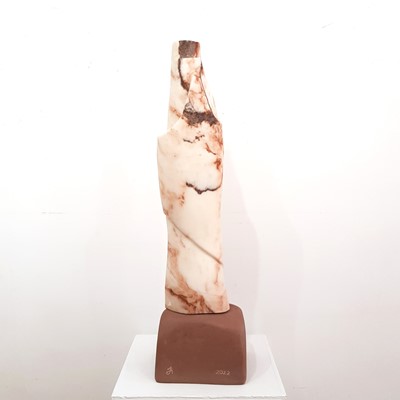 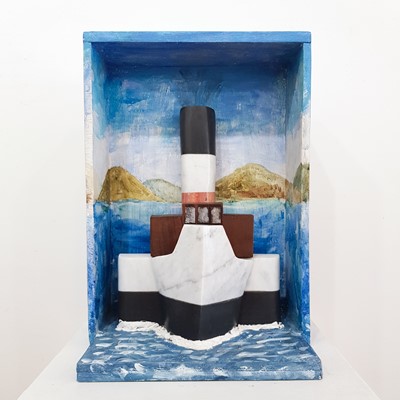 Tom Allan has been producing sculpture since 1977. Tom became a full-time sculptor in 1999.  In 2004, he began teaching stone carving at Glasgow Sculpture Studios.

He works mainly in stone and marble, has participated in numerous group and solo exhibitions throughout Britain, and frequently attends international sculpture symposia.

“For me stone sculpture is an expressive art form. I try to express emotion through the stone I am working with, like a painter using colour and form. There is an excitement in that, and the challenge is to bring modern techniques and idioms to this ancient art.”

Recently Tom has created sculptures for outdoor sculpture exhibitions in parks and gardens such as at Newby Hall in Yorkshire, Chichester Cathedral, the Sir Harold Hillier Gardens in Romsey, and Leicester University Botanical Gardens.

A frequent prize winner, he is also an elected Professional Member of Visual Arts Scotland, the Society of Scottish Artists, and Paisley Art Institute. He was elected an Associate of the Royal British Society of Sculptors in 2006, and awarded the Diploma of Paisley Art Institute in 2010. He works at Glasgow Sculpture Studios, and for several weeks of the year in Carrara, Italy. Tom’s sculptures are in collections in Britain, Europe, and the Americas.

A professional sculptor trained at GSA and in Italy. Elected Associate of the Royal Society of British Sculptors in 2006.

He sees stone sculpture as an expressive art form, shaping material to convey emotion, to suggest ideas and feelings.

Exhibits throughout Britain, has participated in sculpture symposia in Serbia, Mexico, Hungary, Canada, and the USA, and organised four in Scotland, in Kirkcudbright, Fairlie, and Stirlingshire.

Four exhibitions at the RGI Kelly Gallery, three of them solo shows:-

He works in Glasgow and Carrara, and his sculptures are in public and private collections in Europe, Australia, and the Americas. In Scotland his sculptures can be seen in Penilee, Castlemilk, the Glasgow Necropolis, Pollokshaws Medical Centre, Maryhill Burgh Hall, Carfin Pilgrimage Centre, and the Forth Valley Sensory Centre.