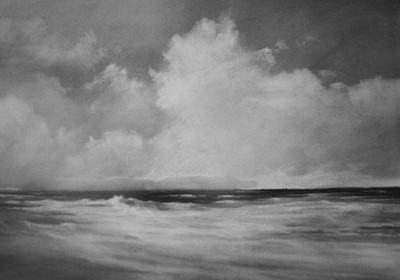 Born in Glasgow 1947. Brought up in Fife, and studied in the School of Sculpture at Edinburgh College of Art, graduating from there in 1972.

Although the figure dominated my work during college, over the past thirty years it is the land, the sky and seascapes of the islands that have become my main subject matter. With drawing and painting taking over from modeling and carving. More specifically my work is centered around the fleeting light and atmosphere, the uncertain climate, and the more dramatic extremes of the landscape.

I have been living and working in Orkney since 1976, teaching Art and running my own studio, exhibiting on a regular basis from 1982 on, with work in private collections throughout Britain, Europe, Scandinavia, the USA, Australia and NewZealand.