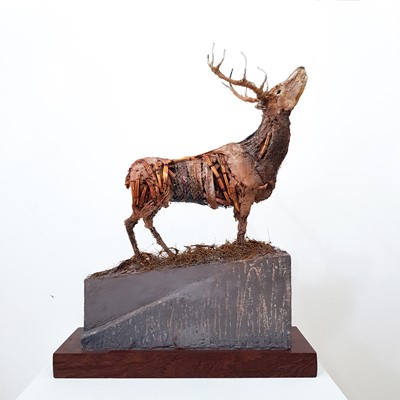 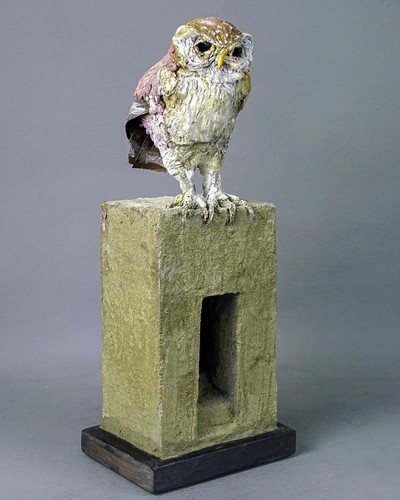 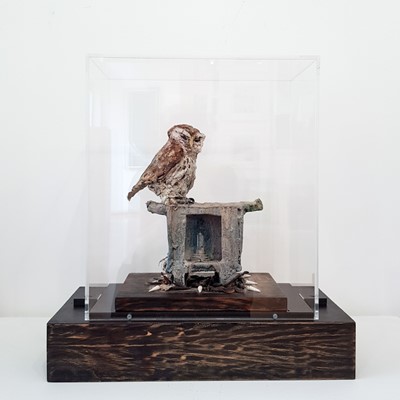 Mark has exhibited nationally and internationally and has been shortlisted for the David Shepherd Wildlife Artist of the year 5 times. His artwork often has a Northern theme, evoking landscapes of forest, moor and tundra and its resilient animals. Deer, reindeer, wolves and European bison are frequent subjects; all icons of wilderness. There is a shamanic idea that the land remembers its creatures and the sculptures certainly reference cave art.However there is also an engagement with contemporary themes; an interest in environmentalism informs he work, particularly the unsustainable logging of Boreal forest, which in turn may affect climate change. Mark has a previous science career.

In another series of work; the Ice Forms, Mark embeds images into ice-like resin producing complex layered sculptures reminiscent of ice cores. Mark says ‘Actually all the work is a meditation on the fragility of life- these animals are our ancient companions, we survived the Ice Age together but in our dominance of the natural world we have wounded ourselves. Finally we share the same fate’.

Selected Exhibitions (Involved in 80 exhibitions since 1998)