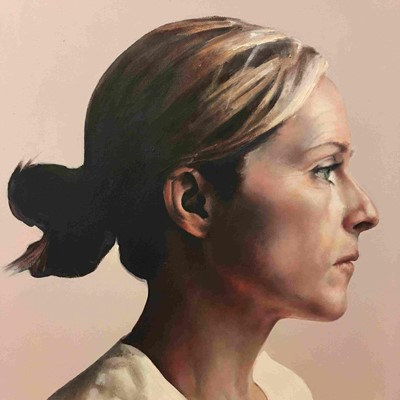 Angela Reilly studied Fine Art at Duncan of Jordanstone. In 1989, she moved to London working as an illustrator of children’s books before her interest in human anatomy took her into medical illustration in 1992. Throughout this time she continued to pursue her passion for fine art, exhibiting in several group exhibitions. Eventually her vocation could be ignored no longer and in 1995 she began to concentrate solely on painting.Angela works wholly in oil and is a figurative painter with an emphasis on light and tone.

Concentrating mainly on the female form, her work is variously deep and powerful moving and atmospheric and suggestive and commanding. Her work has an intriguing quality of offering on one hand, clarity and on the other, hidden depth in the expressions and composure of her subjects.